How do I interpret the Sub-test Report for STAR? Print

Understanding the report
The subtest report for STAR shows how a group of students have performed across the different STAR subtests. The results for each subtest are shown as a pictograph with the students represented by separate icons. The icons represent either a single student or two or more students depending on the size of the group. When the cursor is pointing at the icon, the names of the students and their overall result appear. If the icons represent single students, clicking on an icon will take you to the individual report for the student.

Each pictograph shows the mean for the group, where the critical score is and how many students have scored in the typical score area. Options for the Subtest Report allow you to show the results according to subgroups, for instance according to gender.

The critical score reported for STAR subtests is the score approximately one and a half standard deviations below the national mean for that subtest. Those who reach only the critical score or less, are definitely in need of individual investigation and assistance.

The report highlights the class mean, critical score, typical score and national mean for each sub-test.

You can set the filter to show All students, Boys only, Girls only and ethnicity from the dropdown box on the top right corner of each sub-test report. 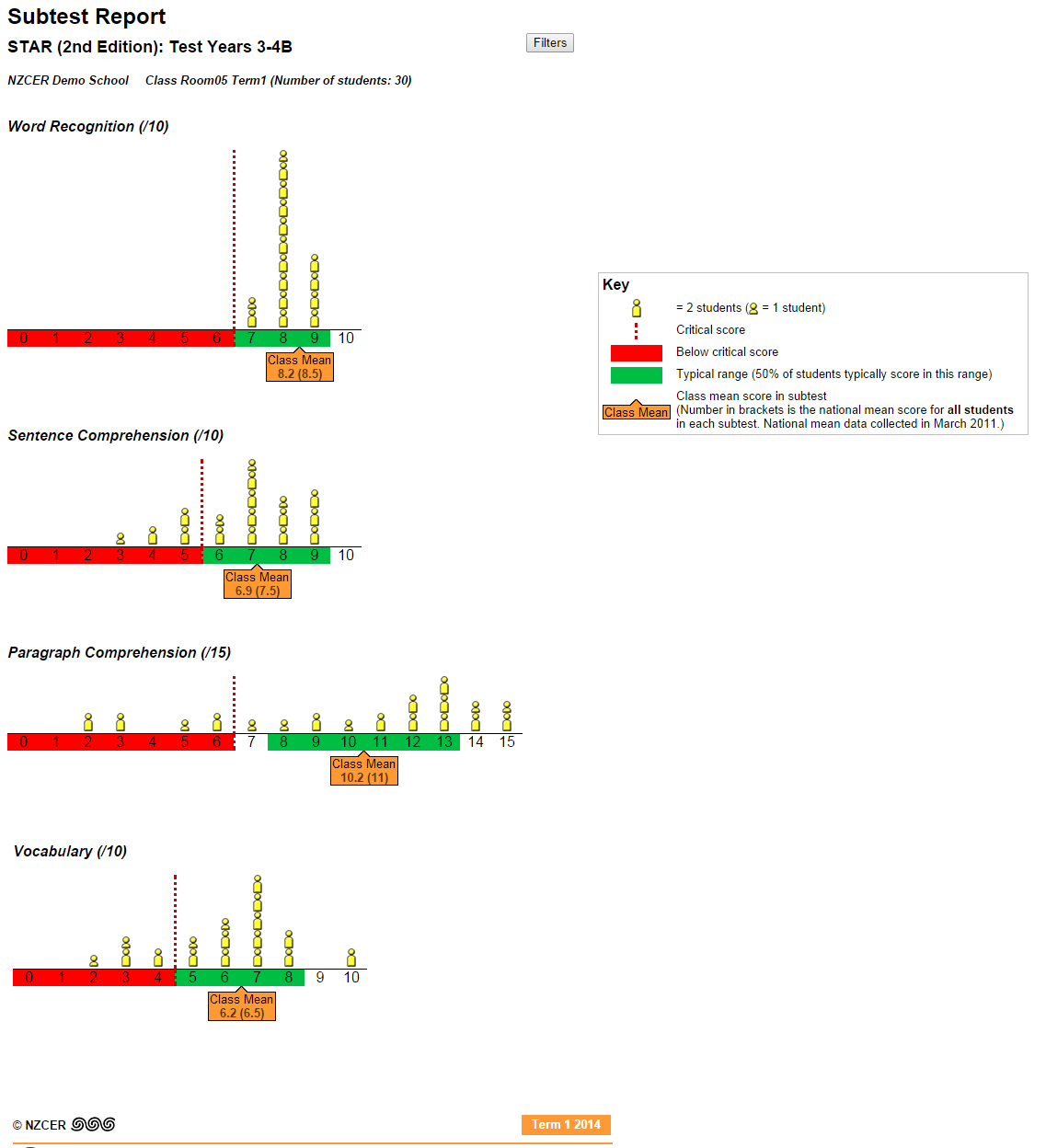